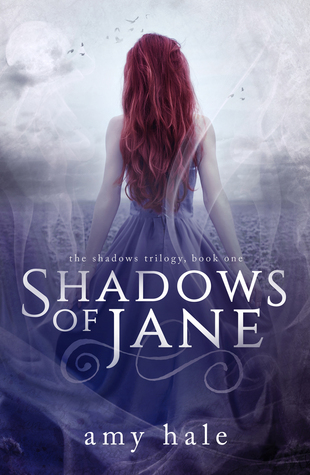 *E-Book received for an honest review*

Colt Henderson is a man who lives for the moment. His past has taught him that life is unpredictable and often disappointing. A confirmed bachelor, he believes that love only exists in fairy tales.

She’s lost, scared, and can’t remember a thing about her past or her identity. She senses all is not as it should be, but without her memory, how does she know what to fear and what to trust? Because of her status as a Jane Doe, she names herself Jane and works to put her life back together. In the process she learns that she possesses unique abilities that certain people will kill for.

Fate throws Colt and Jane together, but they both have a lot to learn about forgiveness and acceptance. Colt’s determination and Jane’s remarkable gifts will send them on a journey they never expected. To survive they will need each other, but sometimes facts are scarier than fiction, and the truth is better left unknown.

I saw this book on Instagram and fell in love with the cover. I did not want to know what it was about I just knew I needed to read it. Sometimes I find books more exciting if you don’t know what its about and just dive in. I had no idea where it was going but I could not stop reading.

At first we meet this girl that collapses at the doorway of our main male protagonist’s, Colt, cabin. He has no idea who she is but he is instantly drawn to her. Colt has major mommy issues, in that she left when he was younger and it has made him not be able to really get close to any woman. Through out this novel he grows to open his heart to this one woman that appeared in his life one night.

This mysterious girl has no idea who she is or how she got to Colt’s door. The hospital label her a Jane Doe and the name sticks. As Jane recovers from her injuries she can’t remember anything from her past except for the occasional dream/vision of a little girl asking her for help. Things start to happen and get crazy from there. Turns out that Jane has powers that she can’t quite control and seem to be in tune with her emotions.

I loved both of these characters and how they both grew in the story. Jane finds out more about who she actually is and Colt finally gets to the point that he knows that he can’t live with out Jane in his life. It has its intense parts and I did find myself laughing in some parts. I loved that Colt never stopped trying to protect Jane and the fact that Jane needed him until she came into her own. Ah such a great book!!!

Like I said I had no idea what this was about and I am so happy I didn’t. Thank you Amy Hale for sending me your book. I thoroughly enjoyed it and can’t wait to start the next one!!

I am giving it a 4 1/2 stars and I highly recommend it to anyone that likes paranormal- romance, Ya novels.

Amy Hale is a best selling author, mother, and wife living in Illinois. Her husband and kids are the center of her universe, although her cat believes otherwise. She also loves reading, music, and photography.

Amy started her writing career in 2003 with non-fiction and educational pieces, but decided to take the leap to fiction in 2014. Her whiteboard is full of crazy ideas and she’s always plotting new projects. She’s a hopeless romantic and adores all the various ways a love story can be told. Amy also loves mystery, humor, suspense, and other action filled stories, so her goal is to blend the action with romance and keep you on your toes. (GR)