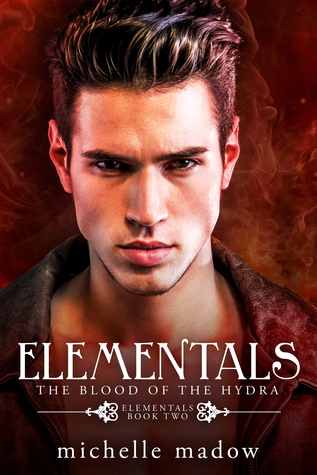 *Received an ebook copy in exchange of an honest review*

A demigod who can kill with a touch. It’s an ability that must be kept secret, even from those trusted most.

Finding out that she was a witch was strange enough, but now Nicole must face the realization that she has the rare power to kill with just a touch. No one can know her secret — not even Blake, who she’s had undeniable chemistry with since first moving to town.

Now Nicole, Blake, and the three others with elemental powers must stop a series of monsters that they previously believed to be dead from rising once again and destroying the mortal world. The creatures they face on this journey will be more dangerous than anything they’ve encountered yet. Will they all survive the quest? And how long will it be until Nicole is forced to use her ability to kill in front of everyone, revealing the true darkness of her powers?

Find out in The Blood of the Hydra, and join the Elementals on their quest to save the world — or die trying.(GR)

The main 5 are continuing their quest to close the portal to Kerberos and stop the monsters and Titans from escaping.  In this book they put through their own portal and end up on a yacht with a Head Elder named, Hypathia. She is in charge of getting them to the places to collect the items the Book of Shadows told them they needed to close the gate. The items they need is the Lotus fruit from the Island of the Lotus Eaters, Sacred Milk of the Helios Cattle, and finally the Blood of the Hydra. All of these items are in very dangerous and even deadly places around Greece.

Nicole is still trying to figure out the way to tell Blake about her new ability. She believes that if anyone finds out that she will be stripped of her powers or worse killed. Its illegal for a witch to use Black Magic. Things between the two of them is still tangible but they decided to keep things amicable for the team.

I don’t want to spoil anything for you though. Just read this series already, you won’t regret it. There is non stop action and adventure in this sequel. I received it 2 days ago and I read the whole thing. Off to read book 3, The Head of Medusa. I am so excited about this one because I’ve always loved the myth of Medusa. 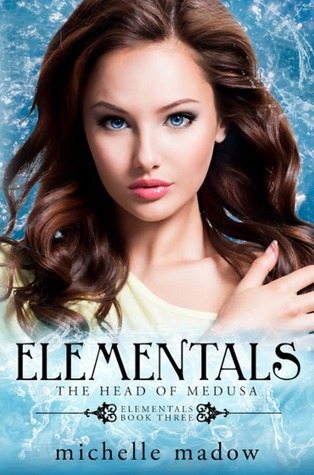