I know that its not June 1st but better late than never. I just wanted to update you beautiful people out there. So far this month I have been feeling a lot better. I mean to the point that I believe my reading bug is slowly emerging from its hiding place.

Speaking of feeling better I am almost at my 17th week mark in this pregnancy! I can’t believe how fast it is passing us by. We will be having our anatomy ultrasound on the 23rd and I am so excited to see how much he has grown. As far as names, I am torn between Milo and Henry. I think that I am leaning more towards Milo though. All the other names I come up with my hubby hates, like Killian. I love that name!!! 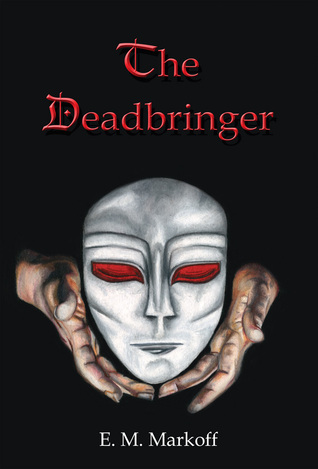 I finally received my copy of this awesome book from E.M. Markoff. Not only is she a member of our bookclub on Instagram, Novels at Night, but she is a great friend of mine. So we decided to go with her book this month because she just had it printed. AHH!! I am so excited to start reading it, not only because it is a fantasy book but the main protagonist is a teenage boy!! I am over the troupe of the one girl that has to save the world by herself. Congrats Eileen and I can not wait to dive in.

In the aftermath of the Purging, the Deadbringers are no more. The Ascendancy has positioned itself as the land’s dominant power by exploiting the people’s fear of the Deadbringers’ innate abilities to summon souls and reanimate the dead. Yet its hold is not complete, for in the North the Bastion stands in the way of the Ascendancy and its iron-willed elite soldiers, the Sanctifiers.

But, somehow, a single Deadbringer has managed to survive. Kira Vidal, a boy of fifteen, has remained hidden, living peacefully with his uncle in the northern city of Opulancae under the Bastion’s protection. But it seems their luck is at an end when rumors begin to spread, and a strange man shows up at their door, seeking the forbidden services of a Deadbringer.

Aware of the dangers should word of his nature reach the Ascendancy, Kira makes a promise to himself to protect his beloved uncle at all costs, even if it means pursuing the limits of his powers … and learning painful truths. (GR)