A Darker Shade of Magic by V. E. Schwab

Kell is one of the last Travelers–magicians with a rare, coveted ability to travel between parallel universes–as such, he can choose where he lands.
There’s Grey London, dirty and boring, without any magic, ruled by a mad King George. Then there’s Red London, where life and magic are revered, and the Maresh Dynasty presides over a flourishing empire. White London, ruled by whoever has murdered their way to the throne–a place where people fight to control magic, and the magic fights back, draining the city to its very bones. And once upon a time, there was Black London…but no one speaks of that now.Officially, Kell is the Red Traveler, personal ambassador and adopted Prince of Red London, carrying the monthly correspondences between the royals of each London. Unofficially, Kell is a smuggler, servicing people willing to pay for even the smallest glimpses of a world they’ll never see–a dangerous hobby, and one that has set him up for accidental treason. Fleeing into Grey London, Kell runs afoul of Delilah Bard, a cut-purse with lofty aspirations, first robs him, then saves him from a dangerous enemy, and then forces him to spirit her to another world for a proper adventure.

But perilous magic is afoot, and treachery lurks at every turn. To save all of the worlds, Kell and Lila will first need to stay alive–and that is proving trickier than they hoped. (Amazon.com)

When I first heard of this book, from the fabulous people over on Booktube, I knew I had to read it. Being as busy as I am though I never have or even picked the book up. So I settled on listening to the audiobook on Hoopla, an awesome app that I have on my phone. It links up with your local library and card. There are hundreds of e-books, audiobooks, movies, and even music on there. So when I saw A Darker Shade of Magic on there I had to borrow it.

I have been so wrapped up lately in classic YA, which I love, that I thought it would be a good time to listen to more adult fantasy. I haven’t really read a lot of it in my time but I’ve been wanting to lately. So I borrowed the audiobook and I was not disappointed.

First off Kell, I love love love his character. He is very mysterious and brooding. He takes his magic very seriously because he knows that only him and another man are the last Antari in the 4 Londons. Kell also has a habit of collecting forbidden items from the other Londons. I smiled when I learned he had an attraction to music boxes, made him that much sweeter in my mind.

Kell travels through the 3 of the 4 Londons: Red, White, Grey, and then there is Black London in which no one travels to. Red London is Kell’s home and they thrive on magic. White London holds magic as a source of power and two battle hungry twins rule this London. Grey London is more like our London. Devoid of magic and little know about the existence of the other Londons. Black London was on the verge of total collapse and so they thought it wise to close the doors between all the worlds. Only the Antari can pass between them now and they don’t even go to Black London

Kell finds himself in big trouble when he takes a trinket, that we find out is a stone from Black London. He finds himself in a lot of trouble and stuck in Grey London. When a pick pocket named Delilah Bard steals the stone from him, the action really picks up. Kell is hurt and realizes the only way to get the stone back is to have Lila help him get it back to Black London.

This story has so many different layers not only to the worlds but to the people as well. I found myself being surprised at every turn by them. If you are looking for a book with magic, fighting, transportation, and angst, then this is the book for you.

I also just heard that she is coming out with book 2, A Gathering of Shadows, and I can not wait to continue this series. It was so amazing that I ran out and picked up another one of her books, The Archive. That I am hoping to read this month. 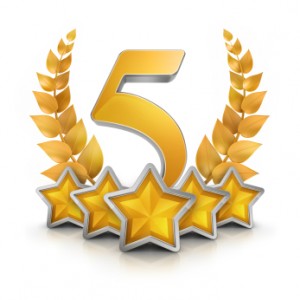 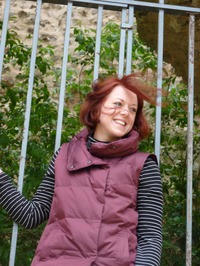 2 thoughts on “A Darker Shade of Magic ~ Book Review”