I got a message from a close friend of mine on FB last week. She told me to go and check out A.R. Winterstaar’s page. So I did. My friend thought that A.R’s novels would be right up my alley and from reading the synopsis she was right.

So I got to work and asked the author for a copy of her book for review. She is so nice that she also included her ARC of the second book. I am so over the moon by the nicety of authors.  So here are the gorgeous books and their synopsis. 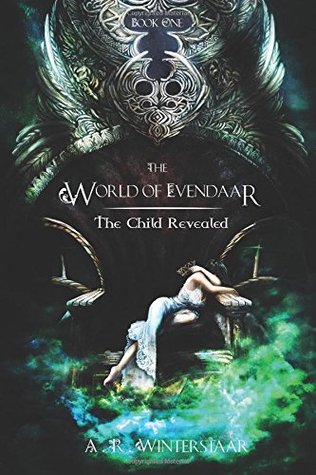 THE FIRST NOVEL OF THE WORLD OF EVENDAAR SERIES FROM EXCITING NEW FANTASY AUTHOR, A. R. WINTERSTAAR.

Adelena Marlock isn’t who she thinks she is. Single mother. University drop out. Dreamer. She is struggling with life as an ordinary woman in an ordinary world. But when the past she never knew she had pulls her into a whole new dimension she must find a way to discover the strength and power that is her birthright.

All is not well in the magical world of Evendaar. Dark forces gather in the shadows and plot to control the prophecy that has been unleashed in the realm. But when the machinations of the Wizards stir the chaos and Adelena’s mysterious connection to an outcast Prince threaten to unbalance that which is foretold all hell breaks loose. Adelena must decide for herself who is on the side of Good and who is on the side of Evil. The fate of Evendaar now rests entirely on her fragile shoulders.

Beware and rejoice, for only in the greatest darkness does the brightest light shine. 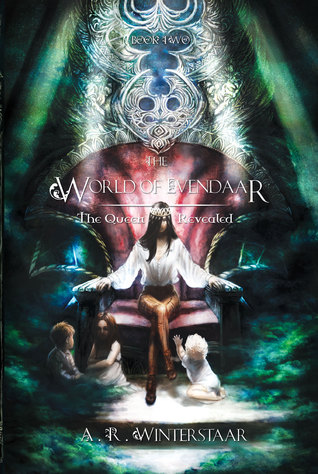 The Queen Revealed will be available on October 31st!!!

THE SECOND NOVEL IN THE WORLD OF EVENDAAR SERIES AND SEQUEL TO THE CHILD REVEALED.

Since arriving in the world of Evendaar, Adelena Marlock has been become Her Majesty Queen Adelena St Lucidis, crowned by High Wizard Ohren of the Golden Palace, and forced to wear the mantle of responsibility to a people that she has never known. In a chaotic turn of events she has killed a man, destroyed the life of another and fallen in love with an Immortal Prince on the wrong side of Kingdom politics. To complicate matters further a mysterious Magic has awoken inside of Adelena. Magic that frightens as much as it excites her, and binds her to the man she loves. Yet, the uneasy truth remains: whom can she trust in this new world?

Nothing is as it seems for the Queen of a magical Kingdom, and as the dark Shadows close in around her and the Prophecy that controls her destiny reaches a climax, Adelena finds herself in a struggle to defend the throne she never wanted by using the Magic which threatens to consume her, as well as, those she loves the most.

The Child shall sacrifice a fear of the Dark and go without a Magek to save the World from an evil Pestilence that will destroy all Life in it’s Path.

All who defy the Child shall burn to ashes and those ashes shall feed the North Wind.

Thank you so much A.R. WInterstaar for sharing your world with me!!