I met M.D. Luis first over on Twitter and then became friends on Facebook. She is so sweet to send me a signed copy of her first book Aria in this trilogy. I can not wait to dive into this book and see what happens!

Thank you so much M.D.Luis for your kindness!!

Aria is a paranormal romance/mystery for Young Adult and New Adult audiences.

Nineteen year old Nya Reed never thought her simple life could get so complicated so quickly, until one horrifying night with friends she won’t ever forget, or remember…

Nya awakens in the ER, bruised, bloodied and has little memory of the night prior. Her new friend, Matt, is dead and the police are baffled when they have no leads in the case. Nya struggles to piece together any fragments of broken memory she can salvage. Her only clue? A gold pendant in her pocket she’s never touched or seen before.

Worried that Matt’s killers will surface, Nya seeks comfort from her neighbor, Jack. He is the only person that can reign in Nya’s ever racing mind and bring some peace to her troubled and chaotic world. But Jack has issues of his own. His past is shrouded in mystery, his whereabouts are unknown and there are things about him that Nya cannot explain. As the the romance blossoms, she begins to question if this new found love is truly her friend or her foe and is determined, now more than ever, to find out exactly who…or what…Jack truly is. 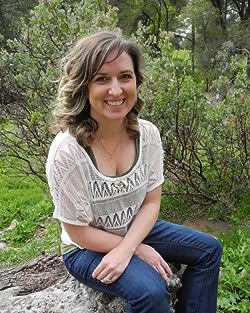 M.D. Luis was born and raised in California. She always enjoyed reading but was particularly drawn to the stories that captured her imagination and tugged at the heart. She finally put her own ideas to paper and released Aria in June 2014, the first book in a three part series. Her second book, Rain, was released in March 2015. She lives with her husband and three children in the San Francisco Bay Area.

For more information on The Aria Trilogy, visit http://www.ariatrilogy.com